As a consultant, Jeff helps companies streamline their sales processes and coaches their employees to sell more effectively. He is founder and co-facilitator of the Sales Leader Mastermind Group, a peer advisory program designed specifically for Chief Sales Officers to grow their companies and exceed their personal goals. The group has had a profound effect on its members and has positively changed the trajectory of several companies.

More than 350 of Jeff’s articles have appeared in various periodicals and he writes the weekly “Sales Shape-Up,” which has more than 18,000 subscribers. A frequent media guest, Jeff has been featured in Investors Business Daily, USA Today, Men’s Health, Chicago Tribune and New York Times and on more than a hundred television and radio stations across the country. He was a regular columnist for the Omaha World-Herald’s Money Section from 2011 to 2017.

Jeff is the author of Self Marketing Power: Branding Yourself as a Business of One, and Selling Saturdays, both of which have won international awards. He is working on a third book, which will focus on sales prospecting.

Jeff is co-host of an award-winning radio talk show that covers business and real estate topics. In 2009, he served as host of a weekly television show on an NBC affiliate.

When he’s not speaking, writing or consulting, Jeff works as executive vice president at NAI NP Dodge, the commercial real estate division of NP Dodge, the oldest continually operating real estate company in the United States. Jeff holds a Master of Arts (M.A.) degree in Political Science and a Bachelor of Journalism (B.J.) degree in News-Editorial, both from the University of Nebraska–Lincoln. He and his wife, Stephanie, have two children, Jack and Maddie.

Named as one of the “Top 41 Motivational Speakers Who Can Energize Any Sales Team” by ResourceSelling.com, Jeff Beals is a proven, experienced presenter who weaves together research, personal experience and humor. Jeff is a natural storyteller, who leaves audience members feeling educated, entertained and energized, allowing them to do more business and improve their success immediately. People who hear one of his presentations almost always invite him back again.
Speaking At
PDM Mastermind: How to Take Your Team to the Next Level & How to Salvage an Agent or Employee Who Has Checked Out 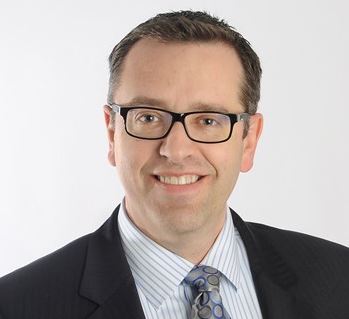